No one wants to deal with an unwanted intrusion during their video conference meeting. Most of us won’t even answer our phones if we don’t recognize the number, right?. So, if you’re still using video conferencing tools that are frequently being disrupted, it’s time for a change!

With so many businesses, schools, and families relying on video chat, it’s no wonder there have been so many issues. Cybercriminals have had their fun taking advantage of any system weaknesses and creeping into places they’re not welcome.

Even our highest level of government is not immune to these attacks, last year a crucial meeting held by the US Federal Government on women’s rights in Afghanistan was hacked at least three times.

Unfortunately, these culprits can search the internet the same way some telemarketers dial random phone numbers. But, there are a few things that can prevent these break-ins, and using encrypted software is one of them. 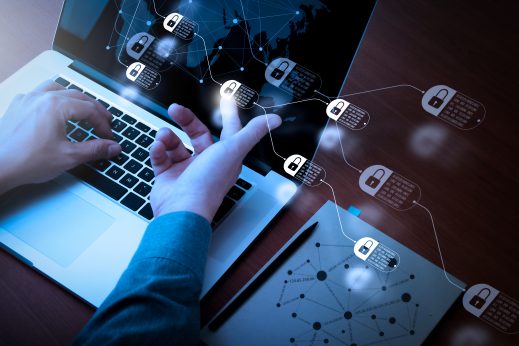 Wondering how encryption keeps you and your personal information safe?  Encryption essentially scrambles your data so that only authorized users can see it.

You probably encounter encryption daily because it’s what protects your email, your banking transactions, and your passwords. Encryption is basically a mathematical algorithm that takes your data and turns it into an indecipherable code. Only the person with the right key, i.e. password, can unlock or unscramble the code.

Did you know encryption was used by Julius Caesar to hide messages from spies? In fact, cryptography goes all the way back to the Egyptians.

There’s one platform that’s giving you the highest security available by using not just one, but 4 separate layers of protection…

Zellim is an encrypted platform that combines more than 5 apps worth of tools into one very affordable platform. You can save heaps on monthly subscriptions to apps like Monday.com, Click-up, Zoom, Calendly, Slack, Skype, etc. You’ll have everything you need to get all your work done in one place.

While all of Zellim’s tools are encrypted through the platform, our conferencing feature offers 4 levels of security giving you more protection than any other video conferencing app on the market.

Here’s a breakdown of the security built-in to Zellim’s Video Conferencing Feature:

Worried that the extra security features will affect your user experience? You’re in for a pleasant surprise.

With Zellim, you can set up as many conference rooms as you need. Each room will have a unique custom URL that you create, making it very easy for people to meet with you.

You can start a meeting from your dashboard with a simple click of your mouse. You can also click on your meeting history, see your upcoming schedule, and grab any recordings and transcriptions… The Dashboard makes using Zellim’s video conferencing feature about as simple as it gets. 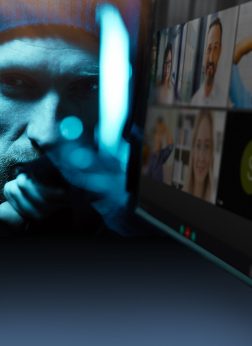 … Anyone claiming to be impenetrable is not being honest.

However, when you use Zellim’s optional 2nd layer of protection and add lobby permissions and password protection, you get the most secure option on the market.

Bottom line: Zellim has made it very, VERY hard for an unwanted intrusions to happen during your meetings.

Zellim utilizes the latest technology to prevent intruders. The entire platform was built with your privacy in mind.

You’re already dealing with a pandemic, you don’t have to put up with your video chats being crashed too.